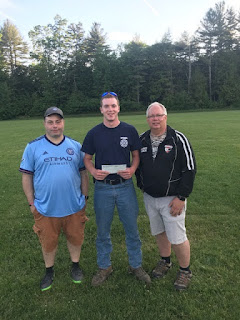 
The 2019 Robert Lightfoote Memorial Scholarship was awarded to Liam Keating from  Argyle Central School. Liam has been a volunteer firefighter for several years as well as a Boys State representative. He will be attending SUNY Delhi.


Every spring, Northern United Soccer Club is proud to offer Bob Lightfoote Memorial Scholarships to male and female club members who are planning to attend college or to pursue other post-secondary education the following school year.

The scholarships are named in honor of Mr. Robert Lightfoote of Queensbury who served as club registrar and coach for many years.

Applicant qualifications
-Must be pursuing post-secondary education in the autumn.
-Eligible applicants include graduating high school seniors, college freshmen, 1st year trade school students.
-Must have played with Northern United SC in the preceding two years.
-Must not have played with another club since last season with Northern United.
-Must not have won this award in the past

2019 award ($250)
-Application must be received by the club no later than April 15, 2019
-Contact northernunitedsc@gmail.com for an application form.
Posted by coachfarenell at 9:33 PM